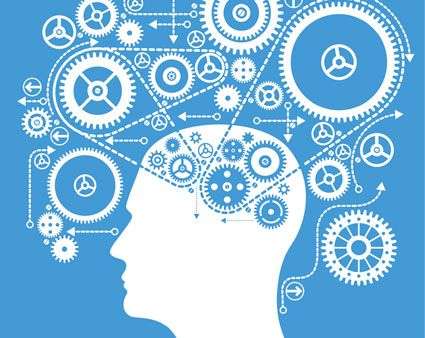 Bipolar disorder and attention deficit hyperactivity disorder (ADHD) are conditions that affect many people. Some of the symptoms overlap.

That can make it difficult to tell the difference between the two conditions without the help of a doctor. Because bipolar disorder can worsen over time, especially without proper treatment, it’s important to receive an accurate diagnosis.

Significant Characteristics of Each Condition

Bipolar disorder is best known for the mood swings it causes. People with bipolar disorder move from manic or hypomanic highs to depressive lows ranging from a few times a year to as little as every couple days (called rapid cycling). You may feel on top of the world one week and down in the dumps the next.

People who have bipolar disorder have wide-ranging symptoms. During the depressive state, they might feel hopeless and deeply sad. They may have thoughts of suicide or self-harm.

Mania produces totally opposite symptoms but can be just as damaging. Individuals are apt to engage in risky financial and sexual behaviors, have feelings of artificially inflated self-esteem, or use drugs and alcohol to excess.

ADHD is often diagnosed during childhood. It is characterized by difficulty paying attention, hyperactivity, and impulsive behavior. Boys tend to have higher rates of ADHD than girls. Diagnoses can be made as early as age 2 or three. There are a variety of symptoms that can express themselves uniquely in each, including:

It’s important to note that not all people, especially children, who display the symptoms have ADHD. Some are naturally more active or distractible than others.

It’s when these behaviors interfere with life the doctors suspect the condition. People diagnosed with ADHD are also more likely to have certain coexisting conditions, including:

There are some similarities between the manic episodes of bipolar disorder and ADHD. These include:

One of the biggest differences between the two is that bipolar disorder affects mood, whereas ADHD affects behavior and attention. Also, people with bipolar disorder cycle through different episodes of mania or hypomania, and depression. People with ADHD, on the other hand experience chronic symptoms. They do not experience a cycling of their symptoms.

Both children and adults can have these disorders, but ADHD is typically diagnosed in younger individuals. Genes also play a large role in developing either condition, so you should share any related family history with your primary care doctor to help with diagnosis.

When two disorders, or illnesses, occur in the same person, simultaneously or sequentially, they can be described as comorbid. Comorbidity also implies interactions between the illnesses that affect the course and prognosis post.

ADHD occurs in 3% to 5% of the US population. The risk for comorbidity is high, and the presence of comorbid disorders warrants special consideration in the treatment of patients with ADHD.

For example, a comorbid diagnosis of ADHD and depression occurs in approximately 20% to 30% of patients, and ADHD and anxiety in more than 25% of patients.

Comorbidity rates in adults are equal to or higher than those in children, although very few studies have examined these patterns over time in adults. A longitudinal study by Michielsen and colleagues assessed older adults over a six-year period for symptoms of ADHD, depression, and anxiety: ADHD was associated with a higher risk for both depression and anxiety.

Some researchers propose that comorbid bipolar disorder (BD) and ADHD should form a separate clinical phenotype of BD. A recent study examined BD in patients with and without ADHD.

Patients were screened for both BD and ADHD, as well as for mood, anxiety, eating, impulse control, alcohol, and substance use disorders. Approximately 20% of adults with BD also had ADHD.

20% of those diagnosed with ADHD also develop bipolar mood disorder. Since ADHD and BMD share many symptoms, including talkativeness, impatience, bursts of energy and restlessness, mood instability, etc. distinguishing between the two can be difficult.

ADHD is associated with abnormalities in the frontal lobes. It makes sense that any neurological disorder that or originates in these regions would increase the risk for ADHD.

It is important to treat all comorbidities. Because individuals with comorbid psychiatric disorders experience greater cognitive, social, and psychological impairments, however, mental health professionals are encouraged to screen for early detection and intervention. ADHD is about 10 times more common than BMD in the general population.

If you suspect that you or someone you love might have either of these conditions, speak with your doctor or get a referral to a psychiatrist. Your first appointment will likely involve information gathering so your doctor can learn more about you, what you are experiencing, your family medical history, and anything else that relates to your mental and physical health.

There is no cure for bipolar disorder or ADHD. Instead, your doctor will focus on treating her symptoms with the help of certain drugs and perhaps psychotherapy.

Kids with ADHD who engage in treatment tend to get much better over time. The disorder can worsen during periods of notable stress, there are usually no psychotic episodes unless the person has a coexisting condition. People with bipolar disorder also do well with medicines and therapies, but there episodes can get more frequent and severe as the years go on.

Atomoxetine and Other Non-stimulants

Atomoxetine is the first federal drug Association approved, non-stimulant medication for treating people with ADHD who also have bipolar disorder. According to psychologists M. Austin, N.S. Reiss, and L Burgdorf, this drug “seems to block norepinephrine receptors in the brain, which increases tension and controls hyperactivity and impulsivity.”

Unfortunately for patients who have comorbid ADHD and bipolar disorder with manic features, Atomoxetine could trigger manic episodes. However, for some people suffering from both conditions, a tamoxifen taken with mood stabilizers may be a safe and effective treatment.

Non-stimulant ADHD prescription drugs are beneficial because they worked 24 hours a day, allowing people with ADHD and bipolar disorder to function effectively from early morning until bedtime.

Bupropion is an atypical antidepressant for people who have both ADHD and depressive symptoms of bipolar disorder. Patients with both conditions may benefit from taking bupropion Wellbutrin in addition to their anti-manic agents, according to psychiatrists and authors, Drs. AP Wingo and S and Jamie, who co-authored a study on “comorbid adult ADHD and bipolar disorder.”

The doctor suggest treating adults mood symptoms and then reassessing the ADHD diagnosis. If the patient has both conditions, doctors recommend keeping patients on mood stabilizers and prescribing bupropion, because it has low manic switch rates.

In a six week trial of bupropion in 30 adults with ADHD and bipolar disorder, everyone stayed on their medication throughout the study and 82% of the “patients experienced a reduction of ADHD symptoms of 30% or greater, without concurrent mania,” as reported in the article, “APA: Comorbid ADHD and Bipolar Adults May Respond to Non-Stimulants,” by Neil Osterweil, Senior Associate Editor of MedPage.

Lithium and Other Mood Stabilizers

While some psychiatrists agree that ADHD and bipolar disorder share many symptoms, including unstable moods, bursts of energy, restlessness, impatience and talkativeness, they do not necessarily agree about the percentage of ADHD individuals who also have bipolar disorder. Some doctors believe the mood swings experienced by people with ADHD are a symptom of attention deficit hyperactivity disorder. Others see the depressive and manic features as signs of a separate, coexisting condition called bipolar disorder.

Whether mood instability is a symptom of ADHD or a comorbid condition, mood stabilizers such as lithium prescribed to treat bipolar disorder may be useful in alleviating the irritability and managing extreme mood swings.